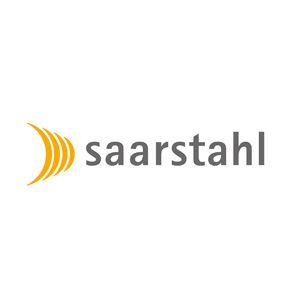 After the major investment projects of the previous years, the most recent of which was the building of the new secondary metallurgy in the steelmaking plant, Saarstahl is continuing its modernisation programme with further investments in the rolling mills in Völklingen and Burbach. The CEO of Saarstahl, Dr Karlheinz Blessing commented on the investments “With these next phases of investment, we are aiming to strengthen strategically important products for the automotive industry and mechanical engineering branches and to be more flexible in reacting to the market”. From 2008 until today, Saarstahl (including Saarschmiede) will thus have invested around 1.1 billion euros.

In a meeting which took place on 5th June, the Supervisory Board of Saarstahl AG approved the investments amounting to a total of 46 million euros.

At the Völklingen site (Nauweiler), the existing blooming stand in the rolling mill will be replaced by a continuous rolling mill (7 rolling stands connected in series). The construction work for this project will take place in summer 2015 while operations are still running.  With the aid of a bypass roller table, it is possible to keep the production running during the construction and commissioning phase so that the new continuous rolling mill can go into operation in the winter of 2015/2016. With this investment project amounting to a total of 30 million euros, Saarstahl intends to strengthen the business segment of massive forming. Massive formed components such as crankshafts, drive shafts, wheel hubs, piston pins or other gear components are used, above all, in plant engineering and construction and in vehicle manufacturing and are characterized by ever decreasing weights and high levels of efficiency with regard to energy and material.

In the wire mill in Burbach, a total of 16 million euros is being invested in order to extend the existing four rolling stands on the one-strand roughing rolling mill by a further two stands and a shear. In addition, as part of this investment, the electrical drive technology of the roughing rolling mill will be completely renewed. Chief Technical Officer Martin Baues adds: “The high quality and plant availability of this high-performance mill will therefore be improved once again and we will be able to react more quickly and flexibly to the customers' requirements”. The start of operations is scheduled for summer 2016.